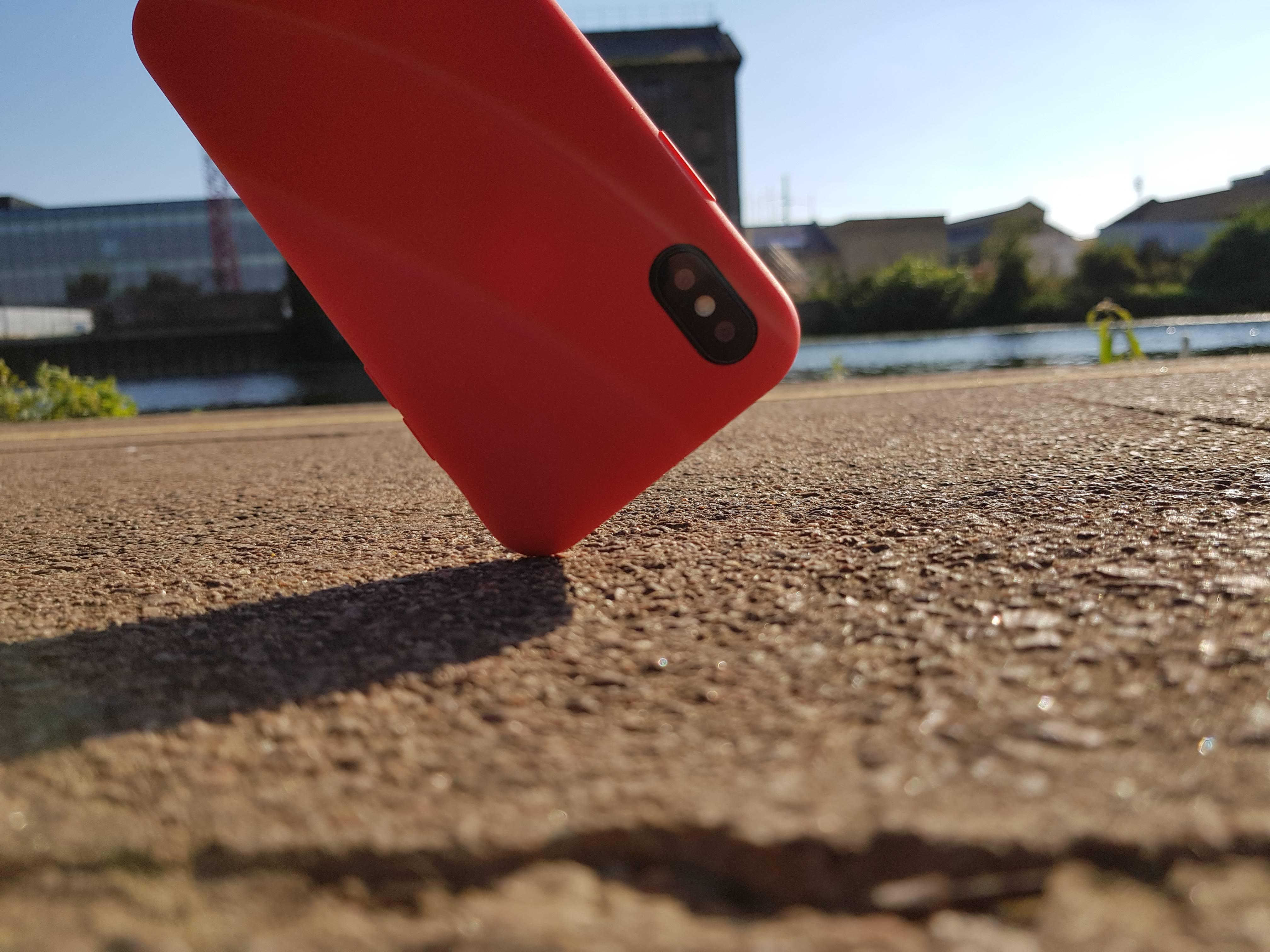 If you imagine you are standing on the 10th floor of an apartment block and you accidentally throw your phone off of the balcony, the phone will survive the ‘fall’ but without a case its questionable if it will survive the impact of hitting the ground below.

It's not the falling motion, but rather its the sudden deceleration which occurs when your phone hits a hard surface which will kill it, or at the very least cause it to suffer damage.

The phone will travel towards the ground at an ever increasing velocity until terminal velocity is reached. The falling at speed does nothing to damage the phone.  Then, there is a very sudden deceleration due to gravity of the earth pushing the phone in the opposite direction of travel as it hits the ground. The force with which the phone hits the ground is the gravitational force (G force). There is an unbreakable relationship between the velocity at which any object travels, its mass and the G-force the object is subjected to when it reaches the earth's surface.

In very basic terms the faster the object moves through the air the higher the amount of G-force which the earth will exert on the object when it eventually hits the surface of the earth. The higher the G force, the more damage the object suffers, due to this very sudden change in the object's velocity.

The crucial step to preventing damage to your phone from drops from any height is to reduce the G-force the phone itself is subjected to. A well designed case, is made out of materials which are able to absorb some of the G force which would normally be transferred to your phone's body, and cause cosmetic and mechanical damage. By absorbing some of the G-force your phone would normally absorb itself,  a well designed case causes the phone to change its velocity more gradually than it would without a case, therefore reducing the force of the impact, and subsequently, reducing likelihood of damage occurring to the phone.