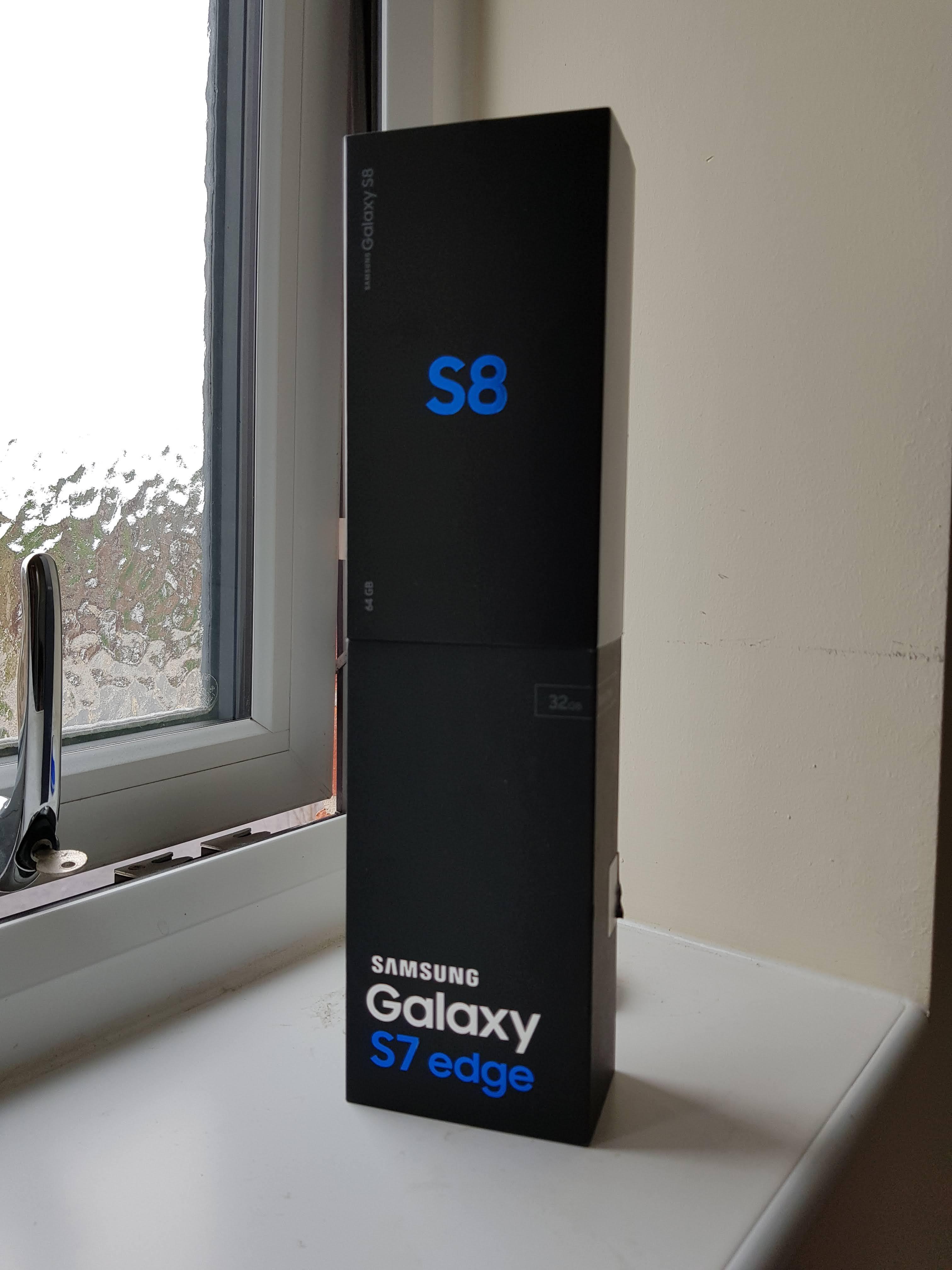 Samsung make incredible smartphones. My first Samsung phone was the Galaxy S2 which I had back in 2012. This was the first smartphone which made me move away from HTC phones which, at the time, were creating what i thought were the best Android phones. I tried other brands, Sony, LG Apple over the years. The thing is, despite trying different approaches used by different manufacturers I kept going back to Samsung. There's just something about the way they create smartphones that are more than just smart mobile phones; they are computers in your pocket with the full-blown capability to do the type of productivity tasks which most mainstream smartphones just are not built to do. When you couple do this the design of the Galaxy S series, which is continuing to evolve albeit more slowly in recent years, and the willingness of Samsung to embrace innovation, and what you have in Samsung Galaxy S series smartphones in particular is a very attractive package of innovative useful technology usually at a competitive price.

I bought an S7 Edge outright in 2016 and I used it daily until May 2018. I had been a very happy user of the Samsung Galaxy S7 Edge smartphone. Everything from the 5.5 in curved AMOLED display to the responsive and fast fingerprint sensor to the incredible camera both on the rear and on the front of the device coupled to the ease of which the large AMOLED display meant you could multitask, whether that's using multi window or just purely by warrant of the fact that you could see more of the stuff you need to do, just made it the perfect phone for me. On top of this the sleek, design of the phone with its aluminium frame coupled with the glass front and back in onyx black just looks great and even though I was quite keen to protect it and I even bought a case to keep it safe, quite often when I was at home I would find myself taking it out of the case just so that I could look at it and appreciate its design. It is a stunning device and even in 2018 the Samsung Galaxy S7 edge remained a beautiful device to the hold. 2 years later, the phone is still a absolute powerhouse. ‘Lag’ in terms of ability to run apps, and get stuff done, is non existent on the 2 year old S7 Edge.

So why did i upgrade to the S8?

Well, when I saw in May 2018 that I could get the Samsung Galaxy S8 for £23 a month on contract with no upfront cost I started to think about upgrading as a no brainer. I was happy with the S7 Edge but I had always thought the orchid grey colour Samsung Galaxy S8 to be quite nice. So i decided that although the S7 Edge was still meeting all of my needs functionally I would take the opportunity of a good deal for an S8 and take it out on the contract for £23 a month which was not so much more expensive than what I was already paying for my S7 Edge albeit on pay-as-you-go. It meant i would be paying £8 more than I was pay as you go.

So now its November 2018 I have the S8 and I have to say it is a beautiful phone I am very happy with it. BUT, in all honesty, I have to conclude that the functionality that I am gaining from this new(er) phone does not add anything over and above what was available to me in the S7 Edge and I think this is the problem with Samsung.

Its more a problem with the capitalist society we all live in rather than a problem of Samsung. People constantly what new technology, even if there is nothing wrong with the current state of the art. This is a problem for Samsung.

Samsung S series phones are at the stage now where they are market leaders in terms of sheer volume of functionality provided and usefulness to the point that their ‘new’ phones (S9, S8, Note 9, Note 8) are actually as great as their old(er) phones (S7, S7 Edge, Note 5).


This is an interesting dilemma that they have because ultimately they need to continue to innovate whilst the phones which they make obsolete continue to be better than the phones manufactured by other phone manufacturers- sometimes newer phones. I had a Galaxy S6 before my S7 Edge. The S6 had all of the features which the S8 has.

Of course there were battery life improvements and the processor technology improved with each new generation of S series, but the big selling points were more or less the same: wireless charging, fast charging, an excellent camera, aluminium and glass construction.

In fact you have to go back to the S5 from 2014 to see some significant differences in the package Samsung offers in the S series phones. As you can see the last four generations of Samsung Galaxy S series phones have all possessed features which are only now becoming mainstream- having just been incorporated into the newest generations of Apple iPhone and other phone manufacturers.

Samsung is one of the key innovators of the Smartphone industry and also a market leader when it comes to smartphone innovation. This also means that Samsung inevitably find itself in a situation where although it offers cutting-edge technology years ahead of its competitors, customers come to expect that level of innovation from them and therefore view their products a stagnant when the same great features appear in the next generation of smartphone. Because they've been offering features such as wireless charging fast charging capability in their products for a longer period of time than their competitors such as Apple have been.


iPhone users are only now benefiting from features such as wireless charging and fast charging. It's only in 2017/2018 that iPhone users are able to buy Apple devices which have fast charging and wireless charging capability, whilst  Samsung users have been enjoying this feature since 2015. Likewise iPhone users, since 2016 have had waterproof smartphones while Samsung have included this functionality in their devices since 2014. The main area of innovation for Apple smartphones has historically been in software usability, and CPU design.

It will be interesting to see what Samsung releases as part of their S10 update to the S series. The consumer is of course expecting something ‘New’. Samsung will likely feel pressured to do something ‘New’. But whether we get something new or not, the S7 Edge (2016) S8 (2017) and more recently the S9 (2019) all continue to be superb smartphones with a comprehensive range of features which few smartphones can match. I will be keeping my S8 for a while to come.